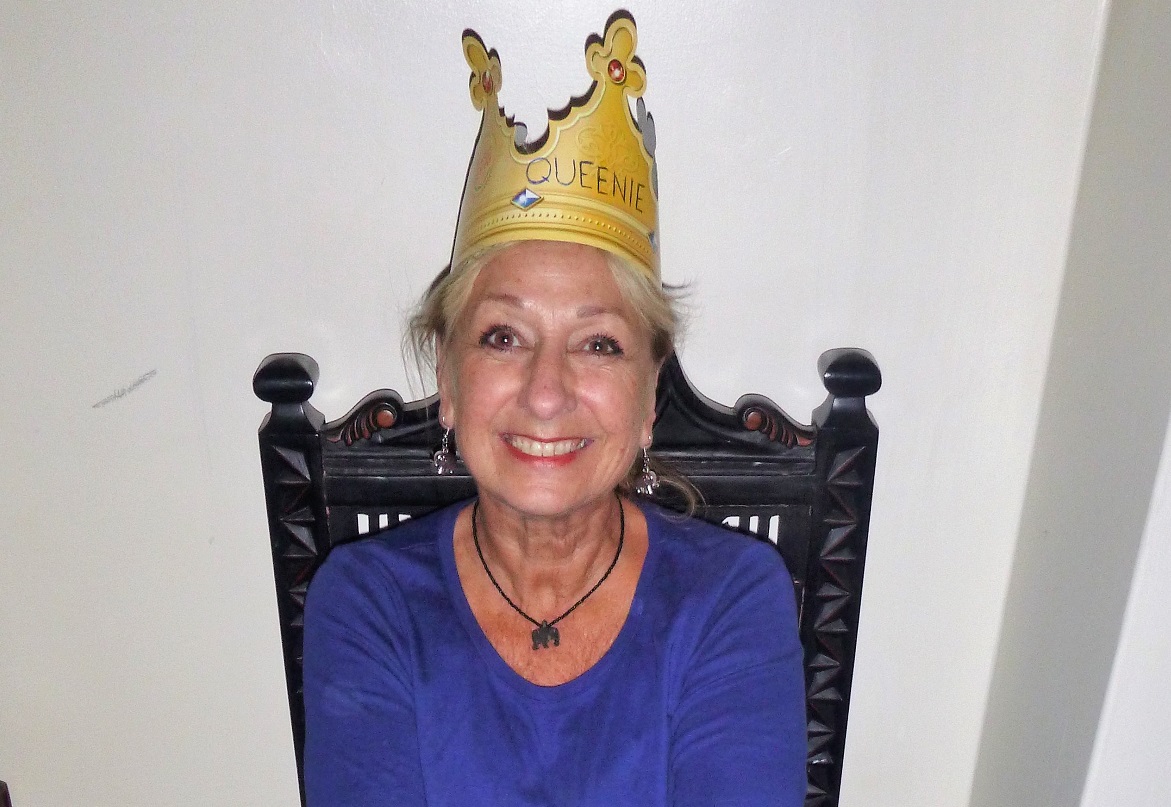 As part of my process for hosting a tour,  I  arrive into Kenya a couple of days ahead of my guests,  to ensure everything is in place prior to their arrival.   This story relates to my very first tour and so I had pre-arranged for Tony, my tour driver to meet me at the airport.

Tony duly arrived at the airport hours ahead of time to a rabbit warren of buildings, terminals, car parks and large signs boldly displaying rules and regulations erected everywhere; really just the usual chaos at any airport in the world.   He didn’t know where he should be going, where he should park or which terminal I would be arriving into.  And as we know, airports are very confusing and seemingly disorganised places to try and navigate around at the best of times.   He decided to stop and ask an airport attendant for some assistance, and this is how the conversation unfolded.

“Excuse me, at which terminal would I expect to meet the Queen of New Zealand, who is arriving today”?  asked Tony, a little tongue-in-cheek of course.

“Ohhh, do New Zealand really have their own Queen?   I did not know that” replied the airport attendant, intrigued.

“Yes they do … and I’m her driver!” replied Tony, straight faced, while sitting in the driver’s seat of a borrowed well used, older model car.

“Oh ok.  Well in that case, you could expect her to arrive at Terminal 1A.  This is our main terminal and where  the important dignitaries from all over the world arrive into Kenya”  said the helpful attendant, pointing in the direction of Terminal 1A.

As they were having this conversation, a police officer happened to notice them and wandered over wanting to know what was going on,  so Tony and the airport attendant relayed the conversation.   The policeman listened intently then beckoned to a taxi driver who was waiting in his cab nearby, to come over to where the conversation was taking place.

Given that the President of Kenya has a chauffeur-driven limousine, surrounded by escorts of huge proportions, the police officer wasn’t taking Tony’s word that a Queen would be happy being driven around in an old car.

Beckoning to Tony and his car, he asked the taxi driver..

“Do you think this looks like the kind of vehicle a Queen would be chauffeured around in while visiting Kenya, because I certainly don’t.   What do you think is the better vehicle – this old car, or your taxi”?  he asked the taxi driver mockingly towards Tony.

“Now get on your way” the policeman ordered Tony as they shook their heads and tutted under their breath, clearly not amused that Tony was unleashing his sense of humour and wasting others’ time.

To this day I’m frequently called Queenie in Kenya ?